I Have No Delete Key

Ubuntu 8.04 LTS aka Hardy Heron was released yesterday. I had previously installed 7.10 aka Gutsy Gibbon on my new laptop, and upgraded to Hardy last night. The update process went quite nicely, except for one strange thing: my delete key no longer works! O.o When I press delete, the laptops WLAN led goes on – nothing else happens. When I press it again, the led goes off. [Homer impression:]"Led goes on, led goes off, led goes on, led goes off…". (sorry about that – just when they're going to release the season 11 on dvd!?) 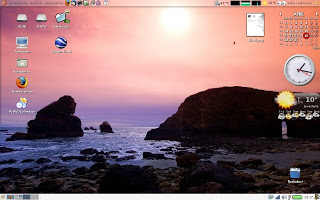 On this laptop (Acer Extensa 5220) the WLAN led is always inverted in Ubuntu; when the WLAN is in use, the led is off. That doesn't bother me at all. However, I would like to get my delete key to work again. I use that one quite a lot in typing/programming, and well, in deleting things…

I made a thread about this on the Ubuntu forums, but so far the problem remains a mystery. Other than this little annoyance, Hardy seems very nice. And it works quite well in this laptop. Update: Turned out it was a known bug. It works now.