Graveyard of the old and abandoned, part II

This is the second part in my "old & abandoned games" series of posts. Read the first part about our old sci-fi shooter Badlands here. Onwards, then!

The game was in development during 2005, if my memory serves me correctly. Another game we were making with my friend Teemu. It used C++, Ogre graphics engine and was supposed to be something Cannon Fodder-esque action in a fantasy/fairytale setting. You know, big mushrooms and so forth.

We didn't get very far in this project, though, so what's left is actually just the engine work and no game.

What killed the project, then? The usual reason: lack of proper graphics. I'm not a very good 3d modeler (observe the test character below), and especially the rigging/animating is very time-consuming for me. We got one guy do a nice troll model for us (not pictured unfortunately), but that was just one model with one animation. We would have needed much more. Hugely over ambitious project, to say the least!

There was some neat tech that I was happy with though: I made a custom terrain lighting system for dynamic lights that worked quite well, and also a heightmap + shadow map generator. It wasn't completely automatic, I remember having a separate texture for the shorelines (the foamish part in the water), but the shadows were baked in automagically. And for once I got a nice 3rd person camera system implemented, you could adjust it freely and it didn't go underneath the terrain. Happy times!

There were also some rudimentary physics, that were based on 2D physics with some nasty hacks for 3D usage. That was quite a shitty system and a proper physics engine should have been utilized. And now that I think about it, I faintly remember experimenting with some 3rd party physics engine so I guess I was about to make it better. A* (surprise!) was used for pathfinding, the navigation system preferred flat terrain and paths, and avoided steep slopes.

After this project was canceled, I had some Ogre experience so we wanted to use it for something. Something simpler. That project eventually became Those Funny Funguloids!, so it was not all in vain. 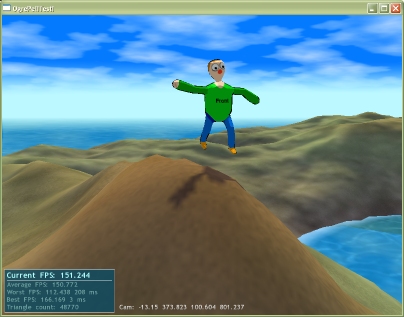 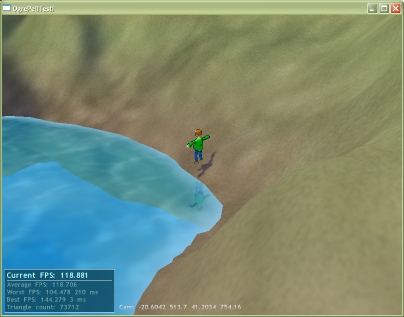 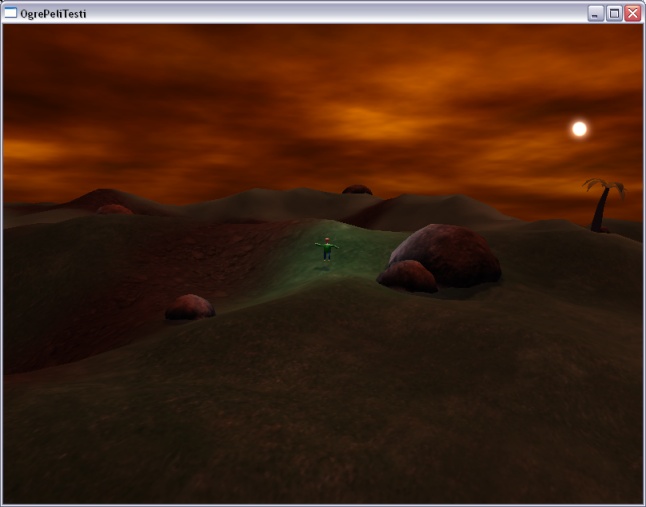 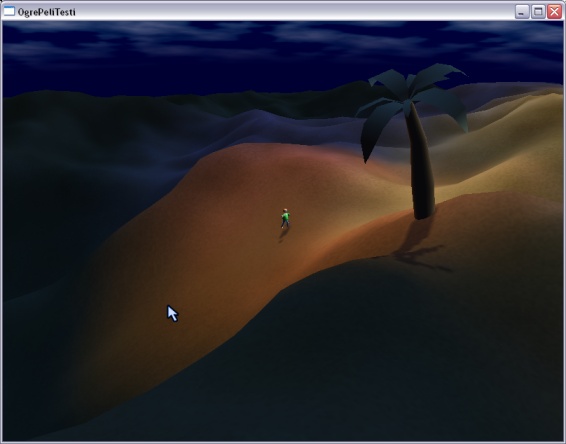 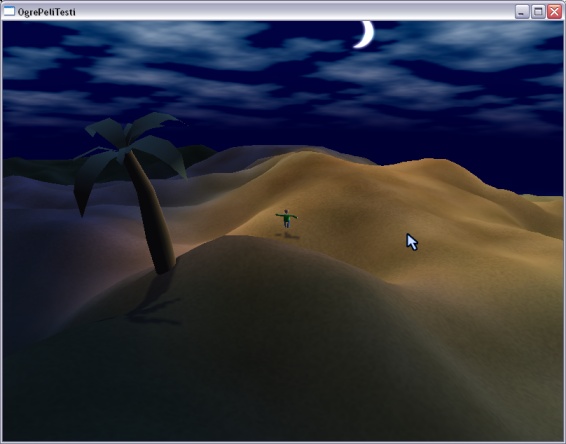 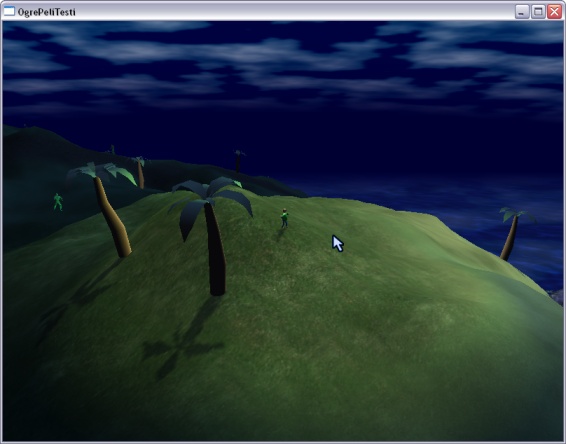 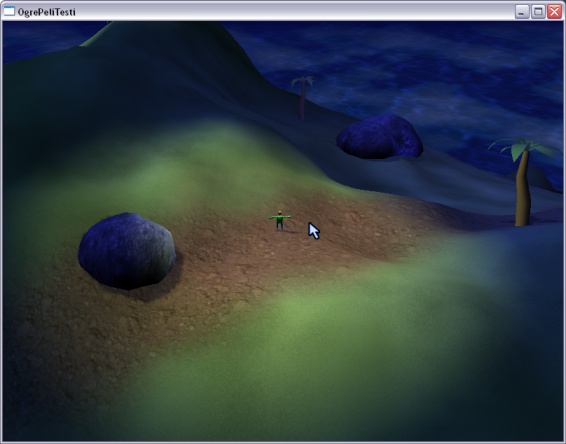 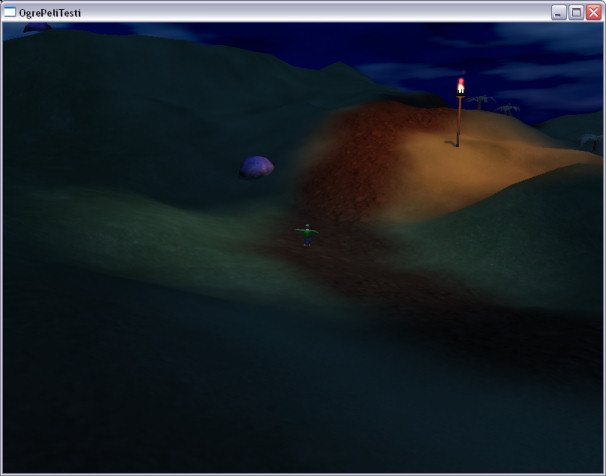 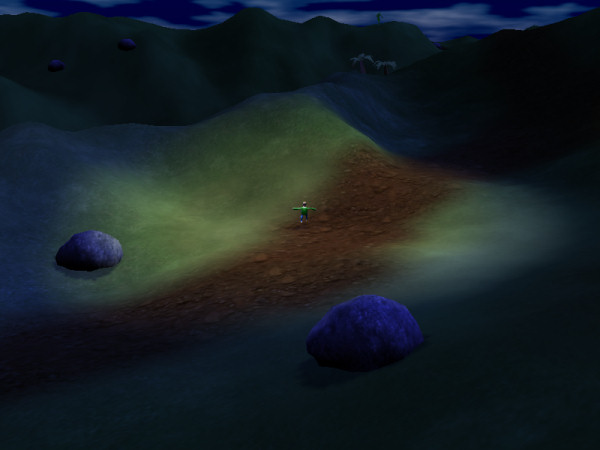 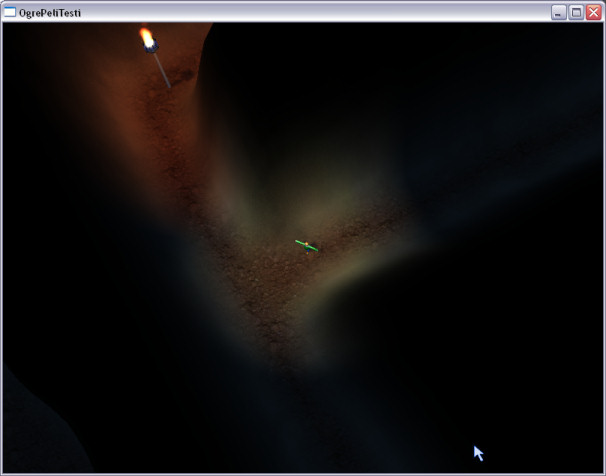 This one is definitely from early 2005. I made this with another friend as designer, but project quickly fell through. Guess it was due to lack of motivation. But see? I, too, have dabbled in pixel art in my day!

Actually I have several pixel artish games — ranging from ancient QBasic 16x16 pixel tile games to more modern takes — none of which have been finished.

For tech, I used C++ and Allegro framework. I made this nifty little tile-engine with scripting support (probably using Lua, can't remember) along with an editor that allowed placing triggers etc. to the levels. There also was beginnings of a conversation system, but I think that was not completed. 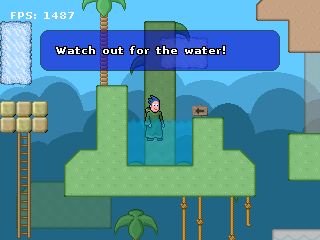 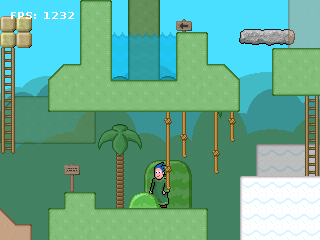 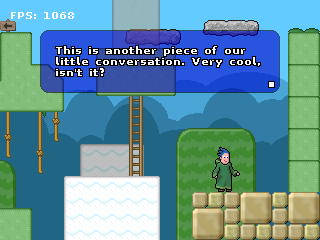 Another game we started with Teemu. It was supposed to be an adventure game similar to this old game Ween: The Prophecy, i.e. the player was not visible but manipulated objects in scene, solving puzzles in a single location until moving to another location with new puzzles. Another overly ambitious project! I'm not sure if Teemu had more than one room designed (probably), but I only got this one room implemented and it's not actually all of the puzzles either. So there's gameplay for about 10 seconds if you know what to do.

I think there was supposed to be painting covering the hole in the wall, but I don't recall what was the purpose of the hole. Behind the bookshelf were an entrance to another room (basement, I think), but it was not implemented. The idea was to melt the (plastic) key in the mold using the fireplace embers, but I'm not sure where the key was to be used. Maybe in a different room? Anyways, click on the picture below for a GIF animation showing how the game was played. 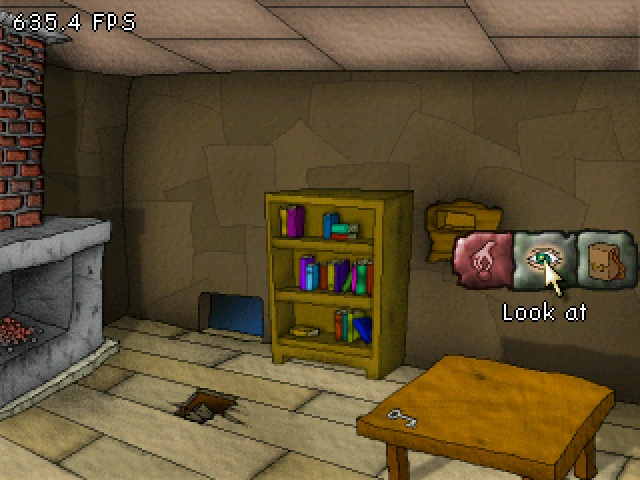 There was not much tech behind this, since it was a short lived project. But I used SDL as the base framework instead of Allegro this time. I remember it was tedious doing the puzzles, because I had the bright idea of doing EVERYTHING in code! That's right, all the room logic and setup was handled in code, which makes no sense. Even the polygon outlines for the clickable areas were set in code, point by point. Insanity!

I honestly don't know why I didn't do an editor, because I had written level editors for several games before this one, so it's not like I didn't know how to do it..

Main takeaway: don't do that! At the very least do the setup in script and have the game hot-reload it, instead of doing it in code and recompiling + restarting.

That's it for now. There are a few potential games / engine experiments I could tell about in further posts, so let me know in the comments if you'd like to read more stuff like this. Bye!